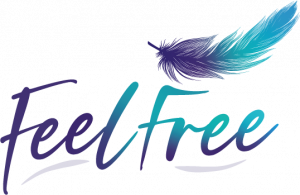 Urinary Tract Infections (UTI) are also known as Bacterial Cystitis. When you have these several times within a certain time frame, they are defined as recurrent. The definition may vary from one area to another but it’s commonly more than two infections in six months or more than three in a year.

Symptoms may include:
Fever
Worsened urinary urgency or frequency
Pain or discomfort when peeing
Tenderness between the belly button and the pubic bone
Pain or tenderness in the low back

Bacterial infections can usually be cured with medication, self-help and preventative measures. However, two or three of them in a year can really take a toll on your body and some people, mainly women, are particularly prone to them so they may suffer infections far more often which is really debilitating. In chronic cases, that is if you have infections often, it may be because the bacteria in your urine penetrate the lining of your bladder, which is called the urothelium.

Menopause can play a part. The loss of oestrogen means there are fewer good bacteria (lactobacilli) in the vagina which would normally help to prevent overgrowth of harmful bacterial such as E. coli. Also, your bladder isn’t able to contract as strongly as it once did, which can lead to incomplete emptying, known as retention.

A little pool of urine in your bladder is the sort of environment that bacteria love to grow in.  For women who are not yet menopausal, the main reasons they get infections is a genetic predisposition, and sex or the use of spermicides. Sex is thought to increase the number of bacteria in the urinary tract, and spermicides may kill beneficial bacteria, making it easier for bad bugs like E. coli to take hold.  Some scientific studies have discredited the reliability of standard urine dipstick tests and routine urine culture for diagnosing infections.